Want to listen to this episode instead of reading? Hit play below.

One of the biggest things I hear when I talk about homeschooling with other Christian parents is that their kids go to school to be the salt and the light.  I have heard that our local public school would be a better place if I let my kids go there because they could be a light in a dark place. Both make me cringe.

Because it’s not my child’s job to be the salt and the light. The other day we were doing our daily bible study and we came across the verse where Jesus was choosing His disciples and he said to them, “Come and Follow Me” (Matthew 4:19). Recently, my teenage daughter, had a friend tell her that she was glad she wasn’t homeschooled because she was able to witness to kids at school. The same week she was discussing ministering to young kids at a bible camp she is working at this summer in a leadership training. She was told at that meeting that she was not going to be as equipped to answer some questions from kids because she hadn’t “experienced” things because she was homeschooled.

I found this verse to be the perfect time to explain to my CHILD that it is not their job to be the salt and the light.

What is the Salt and Light Argument?

The salt and light argument finds its source in Matthew 5:13–16, where Jesus tells His disciples that they are the “salt of the earth” and the “light of the world,” and that they should let their light “so shine before men, that they may see your good works, and glorify your Father which is in heaven.” Jesus’ Ministry Started as an Adult as Did His Disciples

When we take a look at the “Salt and Light” passage it is important to acknowledge WHO Jesus is speaking to. In Matthew 5, verses 1-2, we read:

“And seeing the multitudes, he went up into a mountain: and when he was set, his disciples came unto him: and he opened his mouth, and taught them, saying…”

Jesus was speaking to his disciples-adult MEN. Therefore, the context of the salt and light passage is addressed to ADULTS NOT CHILDREN.  The same can be said in the fishers of men scripture.  He was calling ADULTS to come and follow Him. They were going out as adults and ministering to the community. He did not call children. He called full grown men.

In addition, let’s take a look at when Jesus started his ministry He was an adult. He was not a child. As a child, he spent time with his parents, and in the temple learning. Being trained. I don’t’ think this was a coincidence (Luke 2: 41-52).

Our children have a job. It is being a CHILD. It is to be trained up by their parents. It’s to hide the word of God in their heart. When they are older, they will be better equipped to go out and serve him (Psalm 119:11). This does not mean they can’t be a positive witness to those around them. But, it also does not mean they should be placed in a spiritually hostile environment at a young age as a means of being a missionary.

Let’s take one more look at scripture and how Jesus spoke to adults vs. children. We know that Jesus commanded his adult disciples to go out and be the salt and the light. He sent them out to do his work. But, what did He say when he spoke to children?

“But Jesus said, Suffer little children, and forbid them not, to come unto me: for of such is the kingdom of heaven” (Matthew 19:14).

What does this mean? I believe he was demonstrating how important it is in the early years for children to be taught about Christ. For them to come to Him, be nurtured, and discipled. Once they are adults, they can go out and make a difference for Christ. By this point, they should be more prepared for what the world will throw at them, and they will be well versed in their faith and the word of God. Children are Ill-Equipped to be the Salt and Light

“How much salt and light can untrained, silent Christians be? Must we not rather train our children in Christian schools that they may become salty and brilliant lights to transform a society wandering in darkness?” – Dr. Wayne Grodin

Most kids are not mature enough to handle the pressures of ministry. Which is exactly what we are asking them to do by using the salt and light argument. They are still at a time in life when they need to receive salt and light, not provide it.

And even if you think your child is the exception, is that an experiment you are worth risking? Many studies have found that around 80% of Christian kids walk away from the faith. I was one of them. Thankfully, I came back to the Lord later, but, had I been trained in the word of God more, had I had a stronger faith that was tested later rather than earlier? I may not have walked away at all.

To me, both of these verses warn us that those who are around fools or evil doings are at risk of being deceived. So, why would we send our kids into a den of lions for the sake of being a missionary?

Good influences can make a huge difference in our kid’s lives. Bad influences can too. Which do we want our children to be around the most in those early years? The years where they are forming a foundation? Where their minds are learning each and every day. Do we want it to be good? Or evil? Who do we want to have the biggest impact on our kids? The world? Or Christ? When I look back at my school experience I remember those who were Christians. Even if they didn’t proclaim their faith from the front of the classroom. I could tell those who were different. These people can be the “light” of the school.

The lady who introduced me to homeschooling raised her children, homeschooled them, sent them off to the world (both are still serving the Lord, one is headed to the Middle East his summer with his wife as missionaries) and is now serving the Lord in the school system. She is being a light to those kids. And she didn’t risk the souls of her children in the process.

Our churches can also be the salt and the light to the community. This happens through Bible Schools, church camps, back to school bashes, community outreach, and so much more. This light can be spread throughout the community, not just within the schools. We can reach FAMILIES for Christ. What better way is there to fulfill the Great Commission? How Can You Respond to the Salt and Light Question?

The biggest thing I think you need to ask yourself when responding to the salt and light argument is that if the argument was valid and Christian kids were really making a difference in their schools, why have we not seen a great spiritual awakening in our public education system? Instead, we see our church pews more and more empty of young people as they leave the faith. Our Christian youth are not winning the world, the world is winning our Christian youth.

As we learned above, research indicates that up to 85 percent of young people from Christian homes who are raised in church end up walking away from the church by the time they graduate high school. You may argue your kids will be the exception. But, is that a risk you are willing to take? For me, it’s not.

As parents, scripture commands us in Deuteronomy 6:6-7 to

Can we really do that if our kids are away from us up to eight hours a day? Do we want to risk our kids being the salt and light? Let’s instead choose to focus on our home, and raising our children to know and love the word. Then, as they get older, we can release them, slowly into the world to make a difference. We can find ways to be a salt and light as a family. We can train our children in the ministry instead of sending them into a den of lions.

It’s not our children’s job to be the salt and the light. It is ours. Let’s start that in our homes, with our own children. 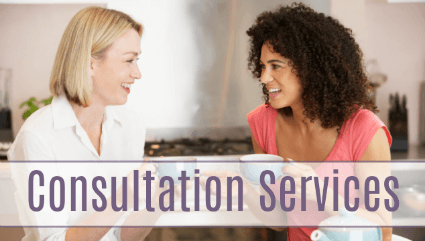